Gladeana McMahon is considered one of the leading personal development and transformational coaches in the UK who combines academic rigour with down to earth communication skills. She has 34 years experience as a therapist, 20 years experience as a coach, and has worked for a range of counselling organizations as therapist and at Director and Senior Management level.

Always an innovator, Gladeana is one of the UK founders of Cognitive Behavioural Coaching and is also an internationally published author with some 18 books of a popular and academic nature on coaching and counselling to her name. 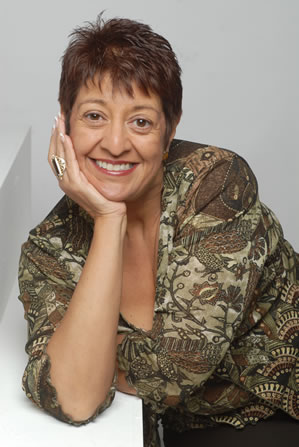 In addition to presenting a range of coaching programmes, Gladeana was listed as one of the UK’s ‘Top Ten Coaches’ by both the Independent and Observer on Sunday. She coaches CEO’s and those at Director Level as well as politicians and people in the media to master the psychological complexities of 21st century corporate life.

Gladeana is available for keynote presentations at corporate events and conferences around the world and also delivers full-day and half-day masterclasses. A former university lecturer, she is a professional speaker on topics including Cognitive Behavioural Coaching, Resilience at Work, Confidence and Stress Management.

She is often quoted by journalists and has appeared in over 20 television shows answering viewers’ coaching related questions. She is known as one of the UK’s Top Psychological advisers for Reality Television shows and was the driving force behind the production of the “Ethical Guidelines for Reality TV” produced by the British Association for Counselling and Psychotherapy.

Gladeana’s first book started life in 1994 as a manual called ‘Setting Up Your Own Private Practice in Counselling and Psychotherapy’ which was ground-breaking at the time. For many years it remained the only UK publication of its type and format dealing with private practice. It was, and still is, used extensively in workshops and training courses.

In 2005, in collaboration with Stephen Palmer and Christine Wilding, her original teach-yourself manual was transformed into a more in-depth book, which became ‘The Essential Skills for Setting Up a Counselling and Psychotherapy Practice’ and has sold hundreds of copies around the world.

Her newest book: No More Stress!: Be Your Own Stress Management Coach is based on well researched psychological principles to provide a way that individuals can not only deal with Stress but, by using the strategies outlined in the book, actually prevent becoming stressed in the first place. The exercises, strategies and techniques used throughout the book are also likely to help healthcare professionals find additional ways of working with the individuals they meet.

I have always been someone who is interested and cared about people. As a child I was already fulfilling the function of being an agony aunt. I loved being around people and I had some early challenges such as being bullied which all led me to wonder why people chose to do the things they did.

It was on the cards I would be a communicator and work with people. I was not clear what direction my life was going to take as I had always thought I would be an actress – until I realised my ambition outstripped my talent. I had a place at Drama School but ended up working in many different corporate and work environments trying to find my niche.

One day I was contacted by a friend who worked for a youth counselling service asking me how to write a job advert for an administrator as had run an employment agency. By the time he had finished describing the position I was so interested I asked for an interview. I got the job and within four years was acting as the Deputy Director having been seconded on the first of many training courses.

After many years working as a therapist with a range of clients and client issues for a variety of organizations, I became interested in coaching. Coaching seemed to offer something I felt that therapeutic work did not that of being able to work in a far more open, forward thinking manner to help individuals achieve their personal and professional goals.

My experience as a therapist, together with the range of organizations and client challenges I had worked with, proved of great value. From the early 1990’s I developed a parallel career in both therapy and coaching.

Being someone who enjoys communicating and especially in taking complex theories and models presenting these in an accessible manner moving into training therapists and then coaches as well as writing academic as well as self-help books was a natural progression.

I have always been passionate about helping others and therapy and coaching gave me the vehicles to not only do this but to gain a deep sense of satisfaction and privilege of being part of an individual’s growth and life journey.

I live in Blackheath Park, which is within easy access of the City of London and also just a short drive into open countryside. I have a soft spot for cats, which they seem to know about, as I now provide every comfort to 7 feline friends (at the latest count).

In my leisure time I pursue many interests, from attending dance classes and gospel singing. I enjoy hosting informal supper evenings for friends when we might play board games or watch films. I’m a bit of a ‘Trekkie’ so love re-watching the different series on DVD and chatting to fellow enthusiasts in online forums.

On my reading pile there’s currently quite a mix, from sci-fi; biographies; autobiographies; historical novels, and a few thrillers.

My favourite holiday destination (so far) has to be Italy with so many wonderful museums and galleries to explore. Did I mention I enjoy learning about history too?