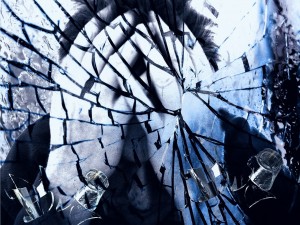 The high profile suicide following a severe period of Depression of Robin Williams has raised the profile of Depression. Robin Williams was an international treasure, funny, witty, caring, clever, talented and wealthy. He was loved by many imperfections and all. On the surface he had everything to live for and yet he took his own life.

The outpourings on Facebook, Twitter and other social media platforms say something about how much he was loved. Many of those comments were from people who know what it’s like to be in a place of deep despair. Some people felt he was weak for taking his own life and selfish for not dealing with his Depression. Others know how Depression can take away everything to the point where there is no logic, no amount of money, no amount of status or love that means anything.

If someone had a terminal illness like Cancer, I wonder how many people would say that person was weak for ending their life. Depression is an illness and it is no respecter of status, personality, ability, talent, psychological strength or anything else. It is an illness that can hit anyone at any time. No amount of knowledge gives you immunity as many doctors and therapists suffer from this condition. Many high profile individuals have learned that when Depression strikes it can take away everything that makes you the person you are.

It can strike after a major incident such as a bereavement or trauma; it can start off small by feeling low in mood and then escalate because people try too hard to deal with it on their own. It can be something that has always lurked in the background just waiting for life to provide the kick-start to a full blown episode. It can strike because someone has coped with too much for too long and eventually something has to give. Medical conditions can change the brain chemistry so that Depression takes hold.

For some it is a reaction to a particular event and may only occur once in their life.  For others, it is a recurring illness that has to be managed.  However, unlike a physical illness so many people do not give Depression the status that a medical condition immediately elicits.  There are many names for the different types of Depression – Major Depressive Episode, Dysthymic Disorder, Bi-Polar Disorder, Post Natal Depression, Seasonal Affective Disorder, Chronic Depression, Situational or Reactive Depression etc. Each has their own unique take on this disease but all take people to a place that has been described as “hell on earth”.

Anyone who has been depressed knows that you will do anything to try to feel better.  Like any illness the longer you leave it, the worse it usually gets.  In the beginning you try handling it yourself with the equivalent of “over the counter remedies” which can include drinking, illicit drug taking, smoking and eating more as a way of what is called “self-medicating”.  It doesn’t work so you do more of it as more is always better because we believe that if only we can have enough it will do something. It does, it makes everything worse.  There is a complex relationship between depression and substance misuse.  Those people (and there are many) who are seen as strong, the copers, the helpers for others, the ones that are always smiling and helpful are more likely not to ask for help.  It’s like Stress – I’ve never met a wimp who is stressed.  The “wimps”, as people call them, take time off and look after themselves.  It’s the ones who keep going, who are conscientious and work at being strong who are at risk.

So for those of you, who feel you can’t cope, get help.  Speak to someone before Depression gets hold of you.  It will make you want to withdraw, to stop doing the things that make you happy.  It will take you away from your family and friends.  This condition is selfish and it will make you become drawn into an inner world where no one can touch you, where the pain you feel grows and you feel worthless.  You may be able to smile and hide it from the outside world and the more you do, the more you will feel unreal as if in a dream except that this dream is an internal nightmare that you never wake from.

Are you weak when you go to the doctor with a physical illness? You have an illness as dangerous as anything physical so why are you weak seeking help for your depression? Depression is not a second class citizen when it comes to illness – it can be a killer. Let people in, let them help you. Ring your local Samaritans, get to your doctor, find a therapist, tell a friend and let them make and/or come to the appointment with you.

Depression does not have to be a death sentence but only you can ask for help.  Thousands of people worldwide have overcome depression or at least have learned to manage it, so why not you.

RIP lovely, funny, eccentric Robin Williams. Be remembered for what you gave to so many. Let your greatest legacy be saving lives by the awareness you have brought to the world about Depression.

← When Compassion Becomes Self-neglect
Networking Made Easy – how to talk to anyone, anywhere, any time →